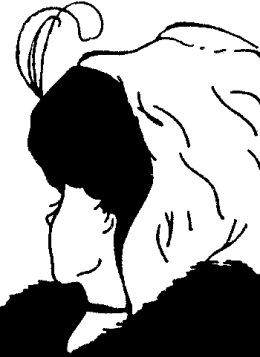 What do you see? Old woman? Or young woman?

This is another gold nugget from Kagan & Lahey’s How the way we talk can change the way we work: seven languages for transformation, which I briefly mentioned here.

I remembered finding the notion of “deconstructive communication” to be a pretty interesting idea while reading the book, but it really hit home for me in the last couple of weeks: a colleague was sharing with me some really difficult feedback and as he was sharing it with me, I was feeling a great deal of discomfort. It was not until several hours after the conversation that I realized that a lot of my discomfort stemmed not from the feedback itself, but from the way it was shared with me.

So what are we talking about here?

But what if constructive criticism also has its challenges?

If we dig one level deeper, and consider the big underlying assumptions of both constructive and destructive feedback, we’ll find that they have a lot in common.

They both assume that the person receiving the criticism is doing something wrong and the person providing it is “setting them straight”.

They both assume that the person proving the criticism “knows the trust” and is now sharing it with the ignorant receiver.

Is there an alternative?

It assumes that there may be more than one legitimate interpretation to behaviors.

It assumes that both parties have something to learn from the interaction, and the only we to do so, is through a two-way conversation.

Here’s a good summary of the main differences between the two:

Which one should I use?

But more often than not, I suspect that the assumptions underlying deconstructive communication are more accurate.

Using deconstructive communication is hard, and requires an even more challenging adaptation period. I am nowhere near mastering it myself. Yet. But anyone who succeeds in modifying the default way in which they engage in conflict from constructive to deconstructive is unlocking a whole other level of personal learning and growth.